Belarus Crisis and What Russia wants

The August presidential election in Belarus has not only reinstated one of the longest serving democratically elected head of the state in Europe but also stroked much controversies. The opposition has accused the sitting president of rigging the election and has sought a re-election. Alexander Lukashenko, the president of Belarus first came to power in the erstwhile Soviet Republic in the year 1994 and has never been once out of the office since then.[1] Concurrently, as I write this piece, he is serving his sixth consecutive Presidential term. In his twenty six years of service, his government hardly faced any mass protests the likes of which can be seen on the streets of Minsk these days. The Belarusian president hasn’t shown slightest inclination to negotiate with the opposition and unlike in Bolivia, the Belarusian army or the police hasn’t switched sides. The protest has remained peaceful till date but not without heavy handed measures taken by the police. Reports of numerous arbitrary arrests and torture has come to light and the situation is only aggravating.

However, I will refrain from making prophecies regarding the outcome of the crisis, rather I will dwell on the Russian interests in Belarus and try to get a glimpse of the crisis through Kremlin’s lenses.

The European history lessons from Napoleon and Hitler’s devastating invasion of Russia, the emergence of NATO and its continued eastward expansion provide us with good reasons to believe that Russian concerns of an invasion on its western front are very real and with no great physical barriers, the disintegration of USSR left Russia’s western border precariously vulnerable. There are 8 countries bordering Russia in the west: Ukraine, Poland, Finland, Latvia, Belarus, Norway, Lithuania and Estonia. Out of these 8 countries five of them are NATO member states and though Belarus, Ukraine and Finland are not yet a NATO member, the situation is more complex than what it seems.[2] Finland has a deep strategic tie with NATO and it would be only fair to consider it as a de-facto NATO member state whereas up until very recently Ukraine was desperately seeking to join NATO after the assimilation of Crimea back into Russia. This leaves Russia with only Belarus as the friendly neighbor at its European border[3] 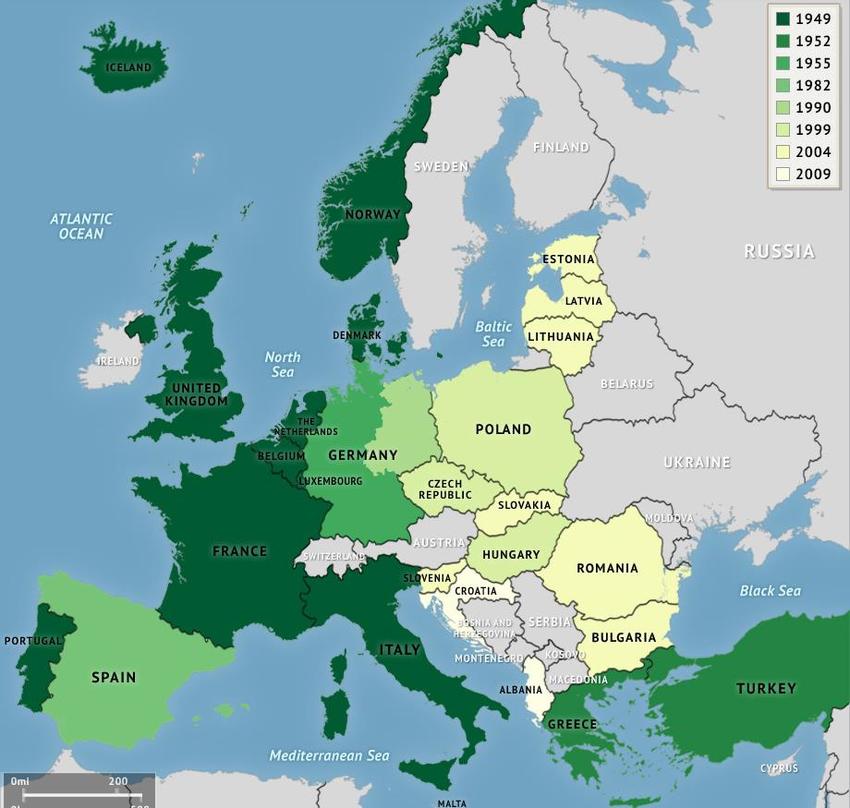 Russian President Vladimir Putin has repeatedly voiced vehement opposition to NATO’s eastward expansion which he sees as an aggression aimed clearly at Russia.[4]  The unrest in Ukraine according to the Russians was an attempt to sever the hitherto close relation enjoyed by the two countries and further isolate Russia. Given this scenario, Russia would not want Belarus to drift away from its sphere of influence. It acts as a buffer state between Europe and Russia.

However, the unrest in Belarus has shown no anti-Russian character as of yet. Even the main opposition leader has denied such hidden motives but hidden motives are appropriately realized only when it remains hidden. So the unrest has certainly created uneasiness in the Kremlin which might fear a return of the Ukraine like crisis even though the possibility of happening anything alike in Belarus is bleak.  Therefore, the best way for Russia to maintain its security interest in Belarus would be to help prevent activities which might destabilize Belarus and concurrently refrain itself from taking any step that might antagonize the Belarusian Opposition leaders.

Russia is a major gas exporter to European market. It has its gas pipeline running through the territory of Belarus and Ukraine which finally ends up delivering gas in European Market. With plethora of sanctions imposed by the west against Russia, its economy has not been able to fully recover as it should have been. However, the European nations continue to import gas from Russia. Therefore, the gas pipelines running through Belarus have made a major contribution to the Russian economy. Russia needs to secure the uninterrupted flow of gas to European market and therefore seeks to avoid any possible confrontation with Belarus.

In the past, several disputes between Russia and Belarus over gas prices have led to disruption of supply to the European market. [5] The most recent pricing related dispute in early 2020 made Belarus to relinquish its thirst for gas by initiating imports from the US and Saudi Arabia.[6] Since, Russia highly subsidizes the gas/oil price to Belarus, Importing gas from US or Saudi Arabia was not an economically viable option for Belarus so we can assume the act of diversifying its sources was mere a political statement made by Lukashenko against Russia.[7]  In any case, the Belarus’ location is vital for Russian economic interest as well.

Apart from the vital gas pipeline which transits through Belarus, Russia has heavily invested in Belarus. By 2020 the Russian investment in Belarus amounted to 4.26 Billion USD.[8] If the crisis goes out of hand, there are high chances that EU might impose sanctions on businesses in Belarus which will inevitably affect the Russian owned businesses operating in Belarus. Russia which is already reeling with sanctions imposed after Ukraine crisis would like to avoid any indirect losses.

Aspiration of a strong Political Union

Belarus and Russia are party to Union State treaty signed between Boris Yeltsin and Alexander Lukashenko in 1999.[9] The Union State treaty provisions for the creation of a single political unit between Belarus and Russia akin to a Confederation where joint policies would be implemented upon mutual consent. However, the treaty hasn’t been implemented as of yet.  The Belarusian president has shown reservation about going ahead with such a plan and the impetus seems lacking.

However, the fear of assimilation runs high and especially after Crimean incident, the bar of suspicion has been raised. Lukashenko severely criticized Russian response to the Ukrainian crisis. He has time and again accused Vladimir Putin of trying to coerce him into moving with implementing the Union State Treaty by deliberately raising gas prices and hurting Belarusian economy. This only signals Russia’s strong interest in a political merger of both countries. Russia, it seems wants to revive the relics of the Soviet past.

However, both countries have moved ahead with integrating their economy. Belarus along with Russia and Kazakhstan, is a founding member state of Eurasian Economic Union (EAEU), somehow analogous to EU’s integrated market.[10]  Though the creation of EAEU has not achieved any significant milestone, it might be platform which might develop Russian and Belarus’ present economic relation into a political one. In addition, Belarus is also a member of Common Security Treaty Organization (CSTO) with Russia and some other central Asian nations.[11]  And it will be judicious if Russia works towards assuring Belarus of its political integrity as a state if Russia really wants realization of the Union State treaty.

Russian response to the Protest and the Conclusion

As we discussed earlier, Putin and Lukashenko were on unfavorable term before the Presidential Election due to the dispute on the gas prices. The Belarusian president even accused Russia of fostering the protest against him.

However, in a twist of tale, Vladimir Putin recently floated the idea of providing security assistance in case the protest turns violent and out of control.  But does that mean Putin wants to keep Lukashenko in power? I don’t think so.

If we see the series of events, it is quite evident that Russia is more worry about Belarus being destabilized rather than picking a favorite. The only way Russians can safeguard their interests amid the crisis is by a peaceful resolution.  I believe when Putin floated the idea of possible security assistance, he only meant to preclude further escalation and in no way meant to shore up Lukashenko to power. The cultural ties between Russia and Belarus runs deep and the protest has not shown any anti-Russian tendency. Russia will want to work closely with whoever comes to power and the chances that the opposition will be hostile to Russian interests in Belarus is a distant possibility. Russia has more to gain by watching than setting up itself in action here.

[3] Russian reaction to perceived threats in its Near Abroad in the 21st Century - Scientific Figure on ResearchGate. Available from: https://www.researchgate.net/figure/NATO-enlargement-stages_fig1_319402790 [accessed 8 Sep, 2020]

Your email address will not be published. Required fields are marked *