Your message has been sent.
The Discourse 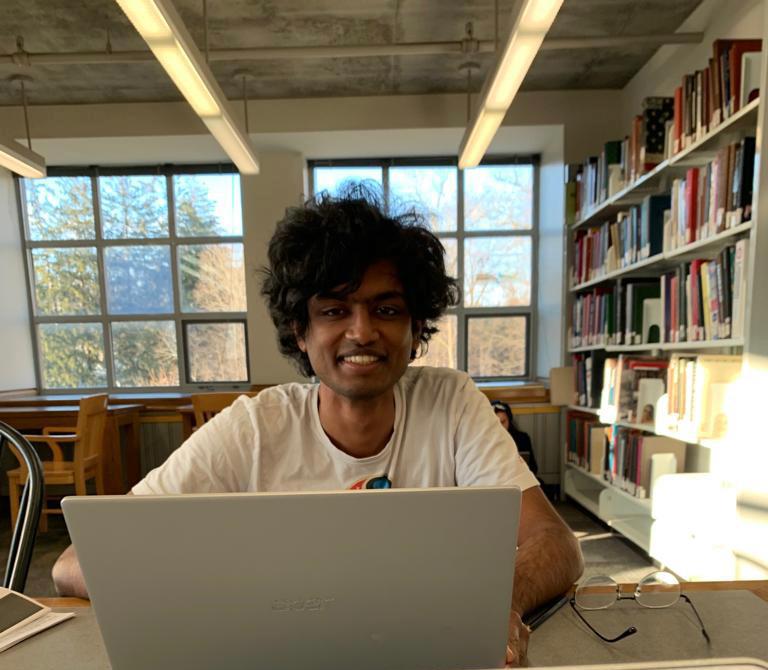 As Inflation has been on a continuous rise, with little or no sign of slowing down momentarily, the debate on it is finally heating up. Basic necessities such as groceries and gas are getting more expensive, putting strain on peoples’ savings accounts and mental health, particularly among the low-income population. Inflation is the talk of the town as people are already facing the brunt of increased commodity prices. Setting aside the heated inflation debate, here, we attempt to provide a brief explainer of the definition and theories of inflation and discuss if inflation is necessarily bad for the economy.

Inflation is an abstract phenomenon, most commonly identified by an increase in prices of some basket of commodities (such as the consumer price index). A price change is a necessary condition for inflation but not a sufficient one. Keynes defines two types of inflation; partial and true inflation in the General Theory. Partial inflation occurs due to a change in the relative price of the commodity - caused by physical changes of its production process, bottlenecks, or changes caused by speculation in commodities markets. True inflation is the continuous rise in prices resulting from an increase in overall spending or overall money supply during a period of full employment. The output of goods and services can no longer be expanded when there is full employment. When there is excess of demand relative to supply, price must act as a ration to the limited quantity. Keynes claimed that true inflation is almost never the case - since an economy rarely operates at full capacity with full employment of resources and labor.

The neoclassical economists often confine their theory of inflation to the aforementioned conditions wherein inflation is caused by a change in money, since employment and capacity is assumed to be used completely (or at least at some “naturally” compatible level). The imperfectionist neoclassicals (Keynesians) recognize that price rigidities such as sticky wages or monopoly prices keep the economy from full utilization of resources, and state that inflation can also come from the costs side. For example, excess wages result in increasing costs and prices. For the conventional monetary theorists (this is from where the Taylor rule which central banks utilize emerges), inflation is a result of the money rate of interest (set by the banks) diverging from the natural rate of interest (productivity on capital). The heterodox, namely post-Keynesians, use the Kalecki equation mentioned above which captures the first two of these effects and more. However, it rejects the third on the grounds that Keynes believe that it was the money rate of interest which set the natural rate of interest. To this, the financial post-Keynesians also include the influence of financial markets and speculation into a theory of inflation.

Does Corporate Profit play any role in inflation ?

Let us take a look at how corporate profit has soared over the years. Corporate profit margins are at their highest point in 70 years, according to data from the U.S. Commerce Department. Companies are aware that consumers currently anticipate greater pricing. And they're really testing the limits of that. These price hikes are somewhat covered up by inflation. It is much simpler for businesses to raise their rates when the cost of everything around you is rising. The three primary cost components can be used to break down the price of almost everything in the American economy. These include the "mark-up" of earnings over the first two components, nonlabor inputs, and labor costs. For the nonfinancial corporation (NFC) sector of the economy—those businesses that create goods and services—which accounts for around 75% of the whole private sector—good information is available on these various cost components. Overall prices in the NFC sector have increased at an annualized pace of 6.1 percent since the second quarter of 2020, which is a significant acceleration above the 1.8 percent price growth that defined the pre-pandemic business cycle of 2007-2019. Surprisingly, higher profit margins account for almost half of this rise (53.9%), with labor costs accounting for less than 8% of the increase. This is not typical. Between 1979 and 2019, profits only accounted for around 11% of price rise, while labor costs accounted for more than 60%. In the present economic upswing, nonlabor inputs—a reliable indicator of supply-chain bottlenecks—are also pushing prices higher than usual.

Moreover, with respect to financial sector, net earnings were up by a median of 49 percent, and as high as 111,000 percent in one instance, according to a review of Securities and Exchange Commission filings for 100 US businesses. These price hikes occurred as businesses imposed higher prices on consumers and, with the exception of 10, all carried out extensive stock buyback schemes or increased dividends to benefit investors.

What does it mean when profits have an excessively high contribution to price growth? The Economic Policy Institute's Josh Bivens has presented two counter-arguments to the conventional narrative. First, it is doubtful that the magnitude of corporate greed or corporate power has increased over the past two years. Instead of the more traditional form of wage suppression seen in recent decades, companies' already burgeoning power has been channeled into boosting prices. Second, inflation cannot be the outcome of a generalized overheating of the economy, and it would imply that profits should be declining, and the labor share of income should be rising at this stage of a classic economic recovery. Biven also pointed out that the exact opposite trend that has occurred so far in the recovery should cast significant doubt on inflation expectations based only on claims of macroeconomic overheating. "The labor share of national output is basically where it was before the pandemic," the Wall Street Journal reports. Furthermore, the current scenario only continues a recent trend: "Despite periods of low unemployment, the share of U.S. revenue that goes to labor has dropped over the last two decades."

As a result, we have two drastically different interpretations of the current inflation cause and two drastically different solutions for combating inflation. The conventional approach is to discourage a growth in money supply which would consequently decrease the economy's growth rate via investment (for example, by rising interest rates), thus increasing unemployment, lowering the rate of increase of both wage and prices. And what about the alternative? Bivens suggests that a temporary excess profits tax would be one efficient way to prevent corporate power from channeling into higher pricing in the future year. Price controls, especially on commodities that make up workers' wage bundles, government provisioning of essential wage goods, and worker subsidies (which, while not necessarily lowering inflation, would at least make it easier for workers to maintain their current standard of living) are all possibilities that have yet to be mentioned in the debate. The Kalecki equation suggests that taxes would drain away purchasing power, lower interest rates would imply less interest payments transferred from the governments to the private sector due to bond holdings, and of course an increase in activity in the consumption goods sector reduce the need to ration quantities via production. From whom and which sources of income taxes are to be collected from would require a detailed study of the structure of the economy in question. As for speculative price movements of consumption goods, it is fair to ban participation in commodities markets. And of course, the Kalecki profits equation from which the price equation is derived, states that an increase in profits (or mark-ups) would put upward pressure on prices - with the mark-up being demand determined by income accrued by sectors other than the consumption goods sector. The use of other drains of purchasing power, such as financial assets may be useful in the short-run but will simply be kicking the can down the road. Of course, it is true that a decrease in deficits could result in decrease in price rise, but being democratic society deficits are often incurred for unavoidable reasons such as the survival of several individuals.

We are witnessing a critical discussion regarding the causes and strategies adopted to combat inflation. However, as Lydia DePillis recognizes, the debate is about much more: "The core disagreement is whether larger profits are natural and good." That is what all significant economic discussions are about. Profits are the most divisive topic in economics because profit analysis reflects both a theory and an ethical concern about two issues: whether capitalists deserve the profits they collect and what they can and should do with those profits. Profits, for example, might be thought of as a return on capital (and thus natural and fair, as in orthodox economics) or as the product of price gouging (and therefore social and unfair, as in Bivens' theory of corporate power). Profits made by corporations can also be explained as a result of exploitation of workers, who are forced to participate in the labor market due to the need to possess “money” to purchase subsistence goods - which they can no longer produce themselves due to their limited access to input.

Likewise, capitalists can invest their profits by increasing the productivity of their firms and the economy as a whole, benefiting everyone. Profits may also be hoarded as financial assets which would benefit only the capitalists and may even result in further redistribution of surplus in favor of capitalists via future capital gains and interest payments. for example, propelling mergers and acquisitions, engaging in stock buybacks, and offering higher dividends. These options do nothing to increase productivity but instead lead to more corporate power and make the distribution of income and wealth even more unequal. Whether profits casuse or don't cause inflation has been  a topic of great debate among Post-Keynesian economists.

Now that we have discussed theories of inflation and briefly explored what can be done to constrain price rises, we must try to challenge the conception that inflation is always bad. Of course, inflation is bad if there is nothing that can be done about it, i.e., we are operating at full capacity. If not, remember, one of the many roles of prices are after all signals. Rises in prices incentivize investment, production and employment. Rises in prices can be good for anyone (firms and consumers) who are in debt since it is likely that their cash inflows would grow faster than their cash commitments which are contractually fixed at past prices. This is why deflation was a concern in the past few years, a decrease in prices imply a decrease in the ability to debt-service and also dis-incentivizes production and employment.  While it is true that inflation takes away purchasing power from workers, engaging in recessionary policy (which does not even work) will at best simply shift the adjustment from price mechanism to income mechanisms meaning. Thus, rationing of goods would take place through unemployment instead of price rises. Is it not better to have some purchasing power taken away rather than all?